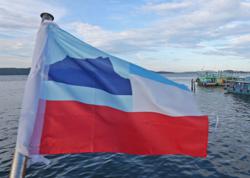 Natural habitat: A turtle that has just laid eggs seen on a beach in Libaran Island.

KOTA KINABALU: Turtle eggs used to be widely consumed in Sabah but the trend has changed over the years due to persistent awareness campaigns and stricter enforcement.

While conservationists see this as a positive sign towards the conservation of turtles which are listed as protected in Sabah, they acknowledge that there is still much to be done.

Recapping the background on the consumption of turtle eggs, Sabah Wildlife Department director Augustine Tuuga said prior to the inception of the Wildlife Conservation Enactment 1997, there was a Fauna Conservation Ordinance 1963 which disallowed the possession or hunting of turtles and their eggs.

“However, in this ordinance, there are selected areas which are named as native collection areas whereby natives are allowed to collect and consume the turtle eggs found at the mentioned areas, ” he said.

After the ordinance was amended as the Wildlife Conservation Enactment 1997, Sabah had chosen not to name or list out any native collection area.This automatically made harvesting or possessing the products illegal, he explained.

Tuuga said there was a drastic drop in the consumption and sales of turtle eggs following a worldwide movement to stop eating turtle eggs.

It was also supported by subsequent awareness campaigns coupled with stricter enforcement and penalising of offenders, he added.

He said this drop was still not enough to protect turtles, whereas based on information and statistics, most turtle eggs sold in Sabah now were smuggled in from neighbouring countries.

“One of the largest islands with turtle landings is Turtle Island which is divided into two, Sandakan and the Philippines, as both are divided by international borders, ” he said.

Tuuga said the turtle egg production from the island could reach up to a million a year.

He said while security forces were still trying to stop the smuggling of turtle eggs, they also need the cooperation of locals to stop buying and consuming the eggs.

“The trend has evolved whereby traders are now using online and social media platforms such as WhatsApp to sell their products as there is still demand, ” he said.

He said over the past decade or so, various agencies including the Wildlife Department had made 88 arrests with some 87,420 eggs seized so far.

Tuuga said the first prosecution was in August 1999 involving an immigrant who was nabbed in Sandakan. He was fined for possessing 14,420 turtle eggs.

“We have seen 21 cases brought to court with a total of RM182,500 fines involved as of 2018, ” he said, adding that in many cases, no suspect was arrested due to lack of witnesses after offenders abandoned their boats or ports.

Friends of Sea Turtles Education Research president Alexander Yee agrees that there is still much to be done to fully ensure that turtle eggs or any parts of turtles are not consumed.

“We can still find turtle eggs being sold on the streets of Sandakan; they used to be widely available throughout Sabah. The sellers are mostly economically motivated, ” he said.The eggs found in Sandakan are said to be from the Philippines where the regulations are slightly different from Sabah’s, he added.

Yee said in Sabah’s context, villagers who harvested the eggs eat some themselves but mostly sell them for profit.

The conservationist, who operates a turtle hatchery in the Libaran Island of Sandakan, said that for the past seven years, they had hatched over 40,000 eggs.

Other hatcheries in Sabah are found in Lankayan Island, Kudat, which has one by the community there, Pom Pom Island in Semporna, and nearer to Kota Kinabalu, the Dinawan Island which started one recently.

There are also hatcheries in Pulau Selingan and Bakungan Kecil within the Turtle Island Marine Park near Sandakan.

Those who used to consume turtle eggs but have stopped doing so said that at first, they were forced to stop because they were afraid of legal repercussions.

“But now, it is more towards an increased awareness of conservation and nature, ” said one who did not want to be identified.