SEREMBAN: A former contractor was charged in the Sessions Court here with 64 counts of raping, performing unnatural sex, causing hurt, confining, and being in possession of obscene videos and nude photographs of a woman.

Mohd Tahir Ayub, 58, pleaded not guilty and claimed trial to all the charges after they were read out before judge Diana Md Razali.

According to the charge sheet, the man was charged with 11 counts of raping the 37-year-old woman at a house in Kampung Haji Sulaiman, Panchang, Rembau from June 4 to 18.

He was also charged with 48 counts of committing carnal intercourse against the order of nature without consent on the victim between May 28 and June 18.

If convicted, he may face a prison term of between five and 20 years and whipping as provided.

He was also charged with five counts of causing injury and wrongfully confining the victim for 12 days beginning May 28, as well as threatening to kill and to distribute the videos and nude photographs of the victim, which were in his possession.

The judge allowed bail at RM306,000 for all charges, with one surety and ordered the accused to report himself at a nearby police station on the 15th of every month, and surrender his passport to the court. The date of mention had been set for Aug 26.

Meanwhile, in two separate Sessions Courts, a road maintenance worker claimed trial to five charges of raping his underage stepsister between September 2018 and June 20 this year.

The 21-year-old accused was alleged to have committed the first offence when the girl was 14, in a house in Rembau.

The charge under Section 375 of the Penal Code provides for a jail term of up to 20 years and whipping if convicted.

The accused was allowed bail of RM32,000 for all charges and was also ordered to refrain himself from harassing the victim physically or verbally and to report to a nearby police station on the 15th of every month. Aug 11 was set for mention. — Bernama 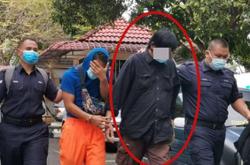