More than 90% of MM2H applications from Sept-Nov 2019 rejected, claims association KUALA LUMPUR: More than 90% of all Malaysia My Second Home (MM2H) programme applications from September to November of last year were rejected, claimed agents handling the programme.

The Malaysian My Second Home Consultants Association (MM2HCA) said that their members had received many rejection letters for their applications.

The letters issued by the Immigration Department said that a review committee rejected the applications for a social visit pass under the MM2H programme.

MM2HCA president Lim Kok Sai said that MM2H consultants would take months to prepare applications and they would promote the programme overseas, spending a lot of time and money on it.

"Our members were shocked when they suddenly received many rejection letters.

"There were no reasons attached for the rejections and they are not allowed to appeal the decisions. If the applications are rejected, the agents have to return the deposits to the applicants," Lim said at a press conference Thursday (July 2).

Lim said that the review committee consisted of representatives from the Tourism, Arts and Culture Ministry (Motac), the Home Ministry and other government departments.

Applications for MM2H visas go through Motac, with decisions on this conveyed in six to nine months.

He said that previously, the rejection rate was about 10% of applications and that they were allowed to appeal the rejections.

"We do not have excessive demands or unreasonable requests, we are only hoping for a fair and reasonable response on why there were many rejections," he said.

Lim added that large sums of money that benefit various sectors have been brought into the country via the programme.

Since the inception of the MM2H programme in 2002, the government had given approvals to some 40,000 foreigners to reside in Malaysia.

Participants of the programme enjoy the privilege of a Social Visit Pass, multiple entry for 10 years and a renewable visa.

On the same day, the Immigration Department said that all immigration matters pertaining to the MM2H programme will be handled by them at their headquarters in Putrajaya starting July 6.

This was announced by Immigration director-general Datuk Khairul Dzaimee Daud amid reports that the MM2H office in Motac had been closed and moved to the Immigration Department.

“All immigration matters related to the MM2H programme will be handled at the Immigration Department headquarters in Putrajaya, beginning July 6.

“Only applications to enter Malaysia will still go through Motac," he said.

Tourism Minister Datuk Seri Nancy Shukri had said earlier that new applications for MM2H have been temporarily frozen as the programme is being reviewed, with the review aimed at improving the programme and the approval process.

She said the Immigration Department was re-looking the approval process while the ministry was also conducting a study into the programme. 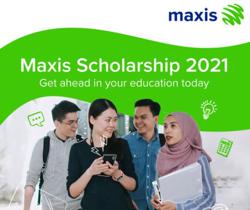