JOHOR BARU: The state government is in the final phases of coming up with a state-wide dengue awareness campaign urging people to be extra aware of their surroundings to lower the rate of dengue cases.

Johor health and environment committee chairman R. Vidyananthan said this, adding that the state government will focus on lowering the rate of dengue cases, especially in the Johor Baru area as it has seen more than 4,000 cases to date from January until June this year.

Vidyananthan said that people in Johor should be wary of this situation, and added that they have an important role in making the eradication campaign a success.

“If the people can adhere to the standard operation procedure (SOP) imposed during the movement control order (MCO), I am sure that they too can adhere to keeping their area clean, ” said Vidyananthan.

He said that people must be the frontliners in the fight against dengue.

“We are in the final phase of coming up with the kinds of programmes that can focus on eradicating dengue in our state, ” he said.

Meanwhile, in another matter, Vidyananthan informed that the Japanese encephalitis (JE) infection in Pontian is an isolated case.

“The 390 people that were screened are also free from any JE symptoms, ” he said

Earlier, Johor Health Department director Dr Aman Rabu was reported saying that a Bangladeshi man was admitted the Sultanah Aminah Hospital (HSA), here on May 21 due to fever and signs of infection of the brain.

He was later treated for meningeal encephalitis and was subsequently discharged on June 3. 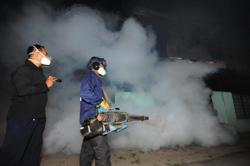 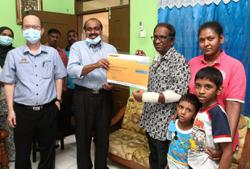