KLANG: PKR has expelled its Wanita chief Haniza Talha (pic) and their two Penang assemblymen who are said to be strongly linked to Datuk Seri Azmin Ali.

PKR disciplinary committee chairman Datuk Ahmad Kassim who announced the expulsion yesterday, however, did not provide any reason for their removal from the party.

Party sources said those expelled and warned had criticised the top leadership, which was not an acceptable act.

Haniza, who questioned her expulsion, said the suspension letter she received on April 6 stated that she would be called before the party’s disciplinary board.

“I should have been rightfully called up by the board but it was not done, ” said the Selangor exco member and Lembah Jaya assemblywoman.

Haniza said the suspension letter also stated that action was being taken against her for allegedly meeting former PKR deputy president Azmin and former vice-president Zuraida Kamaruddin at a hotel on Feb 24.

“But I heard other reasons were given to justify my sacking from the party.

“Apparently other reasons given was over the new NGO I formed called Nation of Women, and I had recruited some former PKR members, ’’ she said, adding that she was also told the party alleged she was using the NGO to go against the party.

On her position as a state exco member, Haniza claimed that it did not become null and void simply because she had been sacked by the party.

“The appointment letter was given to me by the Selangor Sultan and not the party.

“It is the mentri besar’s decision whether or not to retain me, ” she said.

Following Haniza’s sacking, Selangor PKR is now left with 17 assemblymen from 21 that they had in the 2018 general election.

Besides Haniza, her former deputy and former Selangor women chief Dr Daroyah Alwi, who is Sementa assemblyman, Bukit Antarabangsa’s Azmin and Gombak Setia assemblyman Hilman Idham are also no longer in the PKR bloc in the Selangor government. 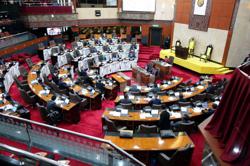 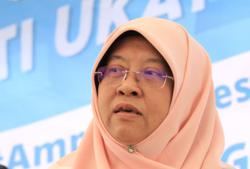 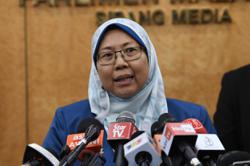