Police to target Johor's west coast after cleaning up in the east, says state's top cop

JOHOR BARU: Johor police will be targeting west coastal areas to clean up all forms of human and drug trafficking after the success of crippling such activities on the east side of the state.

Johor police chief Comm Datuk Ayob Khan Mydin Pitchay said that 95% of the criminal activities in the east side have been wiped out and believes that more arrests will be conducted in the future.

The success is based on the arrest of 22 enforcement officers this month for their involvement in human trafficking activities.

“We will not compromise on any enforcement officers that are caught involved in such crimes, this has been my policy since I took over this post.

He said this during a press conference at Johor police headquarters here on Monday (June 29).

He added that the last step will involve disciplinary actions.

“We usually take disciplinary action first before legal procedures, but this time I am going to make some changes, ” he said adding that police are still looking for any remaining corrupt officers that have yet to be caught.

Comm Ayob also said the continued arrests of corrupt officers have put him on the "wanted" list of trafficking syndicates from a neighbouring country.

“There have been 'attempts' to get to me but I will not share the details.

“This is a normal situation faced by all policemen when dealing with crime, ” he said, adding that the most important thing was to be extra careful.

Comm Ayob also added that the smuggling syndicates are believed to have shifted their activities to Batam in Indonesia.

“It will be not easy getting to them because we will need help from our counterparts in Indonesia, ” he added.

To date, of the 22 enforcement officers arrested so far, 14 were from the police, including one officer; five Armed Forces personnel including two officers; and three Immigration Department officers. 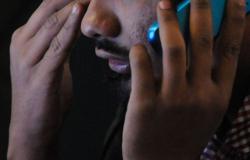 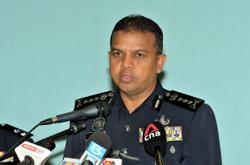 Johor police chief: There were attempts to get me