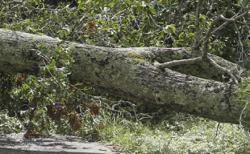 The High Court heard this in the murder trial of Nazrin Hassan.

Selangor Fire and Rescue Department investigations officer Che Daud Adli Yusof @ Che Man, the 23rd prosecution witness, said this was because he has to be informed about each piece of evidence stored in the room.

"There were 192 fire cases in June 2018 that involved structural fires or home fires.

"But in that month (June), the temporary room was used only once to store evidence and those were the exhibits for this case,” he said during cross-examination by defence counsel Tan Sri Muhammad Shafee Abdullah before Judge Datuk Ab Karim Ab Rahman on Monday (June 29).

Muhammad Shafee had earlier asked if the room had been also used to store evidence from other cases.

Che Daud Adli also told the court that the temporary case evidence room at the Fire Investigations Division of the Selangor Fire and Rescue Department was under his supervision.

"I am the only one with the keys to the room and any officer or personnel who wants to use the room must contact me first.

"I am very sure no one else had stored any other case exhibits in the room as there had been no requests for it,” he testified.

Che Daud Adli said throughout his role of supervising the room since 2016, there had been no incidents in which evidence had gone missing or replaced.

On March 12,2019, Nazrin's wife Samirah Muzaffar, 44, a former senior executive at the Intellectual Property Corporation of Malaysia, and two teenagers, aged 17 and 14, were charged, along with Indonesian citizen Eka Wahyu Lestari, who is still at large, with Nazrin’s murder.