KUALA LUMPUR: Seven-year-old Hay Yi Jack who had been missing for two days has been reunited with his family.

The child was found safe at around 7pm on Monday (June 29) at his father's home at the Desa Rejang People's Housing Project (PPR).

Wangsa Maju OCPD Supt Rajab Ahad Ismail confirmed that the search for the boy was over and the child has been handed over to his father and grandfather.

"The child lived with his grandfather at PPR Air Panas and had left home for his father's place because he said he missed him," according to Supt Rajab.

He said police went to PPR Desa Rejang following leads from the public.

"A man answered when we knocked on his door and we found the child in the flat safe with no injuries.

"The man later identified himself as the child's father," he said.

The boy was later brought to the police station where police recorded statements from both the father and grandfather.

The two men then agreed to care for the child together and the boy was handed over to his family.

"We would like to thank the public who helped us find the boy and solve this case," Supt Rajab said.

Earlier on Monday, police issued a missing person's alert to locate the boy who was last seen at PPR Air Panas at 4.30pm on June 27.

It is learnt that boy was living with his grandfather in Setapak here for the past six months as his parents were said to be in the process of divorce and living separately. 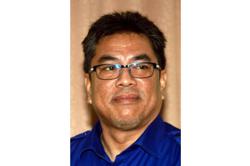 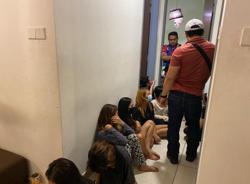