“It is extremely dangerous to label the rich or poor by skin colour or ethnicity. Other communities will only be further misled into believing that the Chinese are in control of the country’s economy, causing them to be biased towards the Chinese and Chinese businessmen, ” he said in a statement here Sunday (June 28).

He said such a remark would also create unnecessary misunderstanding and could disrupt the country's economic recovery and progress.

Ter said the gap between the rich and the poor in Malaysia is a socio-economic issue and should not be blamed on a certain race.

“By blaming the gap between the rich and the poor on race and the ‘rich Chinese’, I am afraid it will only cause misunderstanding and lead to the sentiments of anti-Chinese and resenting the rich.

In an interview with the Hong Kong-based Asia Times, Dr Mahathir said Malaysian Chinese were a “wealthy lot”, with the majority of them living in urban centres, and that it represented an “unhealthy trend”.

As Malaysia is in the recovery movement control order (MCO) period now, Ter said businesses and people of all races are faced with the same economic pressure.

“In the face of the new normal and various challenges, businesses of all ethnic groups also share a common understanding and cooperate with each other to develop a larger market, including developing more cooperation in each other’s market.

“This is a true portrayal of the new normal in the market now, ” he said, adding that Dr Mahathir’s untimely remarks were unrealistic and harmful to racial unity.

As Malaysia recovers from the Covid-19 pandemic, it is only possible through the cooperation and unity of all citizens to work with the Health Ministry towards zero infection before the economy can be fully open.

“The virus recognises no race or skin colours and the same goes for being rich or poor, regardless of one’s religion or gender.

“Poverty between urban and rural areas in the country should be addressed with a specific solution, ” he added.

According to the Statistics Department’s 2016 Household Income and Expenditure Statistics survey report, Ter said a majority of Malaysian Chinese were wage earners, accounting for 70% of the Chinese population, while 72% of the Malays were wage earners, with Indians at 83% - which show that the relative percentages of all ethnic groups are comparable.

"In addition, the data shows that 0.4% of Malaysians live in extreme poverty reach, while the absolute poor Chinese population is 0.1%.”

"Therefore, the gap between the rich and poor is common among all ethnic groups, including between urban and rural areas.

“It is a problem that all citizens must face together. This is no different from the situation in other developed European countries, ” he said.

Ter noted that the country’s diversity and the integration of multiculturalism have always been the pride of all Malaysians.

“Politicians are like the caretaker of the people, they should build a social protection network that benefits all people regardless of race, so that all people can work together. 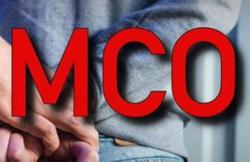 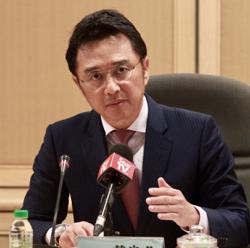 ACCCIM: Gap between rich and poor is a socio-economic issue