KUALA TERENGGANU: The Rantau Abang Turtle Conservation and Information Centre (TCIC) in Dungun has recorded a significant increase in turtle landings in the first five months of this year.

Rantau Abang TCIC head Mohammad Firdaus Abdillah said during the period, a total of 3,783 turtle landings had been recorded, an increase of almost 70% compared to 2,573 in the corresponding period last year.

“We do not rule out the possibility that the implementation of the movement control order (MCO) since March 18 had increased the number of turtle landings in Terengganu due to the lack of disturbances along the coast during the period.

“However, the MCO period could not be used as a parameter because it was something that only happened this year, and there was no MCO situation prior to this.

“Besides, the main turtle landing beaches in Terengganu have been labelled with signboards that prohibit the public from entering the beaches between 5pm and 8am.

“Therefore, changes in human traffic on the beaches are minimal during the MCO,” he said yesterday.

Out of the 3,783 landings, 3,780 were green turtles, while three others were hawksbill turtles, said Firdaus.

“However, the MCO has had a very positive impact, particularly to resort islands. The reason is that the number of tourist boats has plunged, causing the number of the reported deaths of turtles hit by boat propeller blades to decline,” he said.

Meanwhile, Firdaus said based on turtle conservation records and efforts since the 1990s, where several locations here were turned into turtle sanctuaries, he did not rule out the possibility that baby turtles hatched there in 2000 had reached the maturity to lay eggs and started to land on the state’s shore this year.

“If this is the case, we are expecting more turtle landings starting this year and subsequent years,” he said. — Bernama 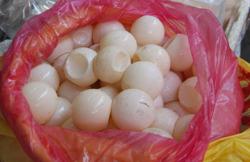