Doing their best to weather impact

Doing what they can: (From left) yuvaneswary, Lee and naziran.

PETALING JAYA: While some Malaysians say they are able to save more money during the movement control order (MCO) period due to initiatives under the government’s economic stimulus package, many others are feeling the brunt of Covid-19’s fallout due to salary cuts or loss of income.

Among the lucky folk, human resource and finance executive Yuvaneswary Supperamaniam said she had been able to double the amount of money set aside for savings during the MCO period.

“When I receive my monthly income, most of it will go to paying my family’s housing loan, which I share with my sister. As I’ve opted for the loan moratorium and my income was not affected by the MCO, I am able to save the extra money for emergencies.

“Usually, I can save about RM300 to RM500 per month but even then, I will tend to dip into my savings when I see irresistible promotions,” she said.

The 25-year-old explained that as shops were closed during the MCO period, she was able to limit her spending to essential items and food only and save up to RM1,000 per month.

“I am more cautious in my spending and even now after restrictions have been eased, I try to avoid going to shopping malls due to the crowd.

“I also keep my savings in a separate bank account that does not have an online transaction account, with its bank card stashed away by my mother to prevent me using my savings unnecessarily,” she said.

However, Yuvaneswary said she doubted that she would be able to save as much after the moratorium period ends.

Marketing executive Lee Xiao Jin said she used to go out often but that lifestyle was halted during the MCO period, allowing her to save more money.

“I am always out after work with friends, going to the gym and eating out, so during the MCO period when shops were closed, I stayed indoors and saved a lot as I ate home-cooked food.

Lee said she is relieved that her income was not affected by the MCO and most staff at the company, including herself, have been working from home for the past three months.

For others like Naziran Basri and Lina, prudent spending and wise money management have kept them financially afloat when their source of income was affected.

Naziran, who sells Western food at a stall and provides repair services, said he was unable to generate income during the first two phases of the MCO.

“I could only stay home and use the savings I have until the MCO restrictions were lifted. Most people didn’t call me to do repairs, fearing Covid-19 transmission.

“I was not eligible for the government aid as my business was not registered under SSM (Companies Commission of Malaysia), so I had to live off what I had,” he added.

The 42-year-old said it was a normal practice for him to allocate 50% of his income to an emergency fund, while the rest was used for daily needs and operating costs.

An employee at an anti-corruption NGO in Kuala Lumpur, Lina said she had to take a 50% salary cut since April.

The 45-year-old, who declined to give her full name, said the company could not organise fundraising events during the MCO period, and this has hugely impacted its finances.

“I’m still lucky that I do not have to pay rent because I live with my parents and my husband has not been affected by any salary reduction.

“However, we do need to tighten our belts and not spend on non-essentials such as shoes and clothes,” she added.

Kamarudin Osman said he had been struggling since MCO started as he could not operate his food stalls nor his canopy and catering business due to a lack of customers.

“I’ve been living off the savings I have left and I’m not sure when things will recover as it is very difficult for businesses to operate with the SOP in place.

“I only have one food stall that is offering takeaways and I do not dare open up for dine-ins due to the risk it poses,” he said.

The 57-year old said his lack of knowledge on the online application process for government aids left him deprived of any form of assistance. 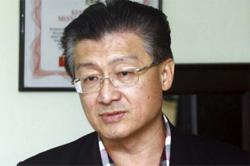