Judge Jamaludin Mat meted out the fines Thursday (June 25)when they pleaded guilty to the alternative charge of using forged documents to make false accommodation and travel allowance claims in 2018.

In passing the sentences, Jamaludin reminded them of the importance of earning income through legal means.

"Even a cent earned through illegal earnings may have a disastrous effect. Even though the amount involved in the case was small, the act could later be questioned in the hereafter.

"I was the son of a settler who earned only RM600 a month and who needed to raise eight children.

"I hope all of you will change, and if you appear before me again, I would give you a heavier sentence, ” he said.

All of them paid the fines.

Meanwhile, another Kemaman Risda employee, who claimed trial to the same offence, was allowed bail at RM3,000 in one surety and set July 19 for mention.

A resort owner pleaded guilty to abetting one of Risda's employees involved in the case by handing over a fake receipt despite knowing the accused did not stay in the premises.

The offences were committed at the Kemaman Risda office in April 2018.

Malaysian Anti-Corruption Commission prosecuting officer Wan Shaharuddin Wan Ladin, who appeared for the prosecution, urged the court to impose a deterrent sentence as a lesson to all the accused.

"It it is all about integrity. If civil servants are not honest, sooner or later the department will collapse.

"I am confident that this case will serve as a lesson to them and others not to commit the same offence again, ” he said.

All the accused were represented by counsel Mohd Hayyatuddin Muhamad. - Bernama 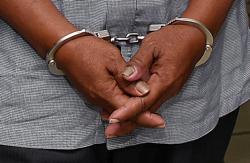 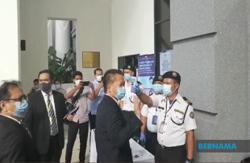