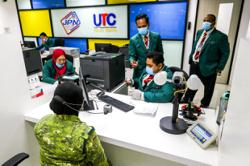 PETALING JAYA: Couples whose marriage registration was delayed during the movement control order (MCO) period can now proceed to complete the process at all permitted non-governmental organisations in the country.

“A special ministerial meeting on the implementation of MCO has agreed to allow the marriage ceremony of non-Muslims to be done at houses of worship and religious organisations with permitted marriage registrars.

“The ceremony is not allowed to have more than 20 people, including the marriage registrar, depending on the size of the room with social distancing in mind, ” he said in a statement on Sunday (June 21).

Ismail Sabri said the ceremony must adhere to the standard operating procedure (SOP) in place by the National Security Council and the Health Ministry.

“Wedding reception is still not allowed, ” he added.

On June 7, Ismail Sabri announced that all pending marriage registration involving non-Muslims must be settled before July 31 to allow registration for marriages to proceed without the need for new applications.

He said the National Registration Department (NRD) will prepare the SOP for marriage or divorce registration involving non-Muslims.

He also said the NRD will allow marriage registration to be held at 171 non-governmental organisations, such as organisations and houses of worship that have been permitted to operate by the National Unity Ministry during the MCO.

However, these NGOs received a notice the next day from the NRD to stop processing registration of marriage until further notice.