KAJANG: Five suspects have been identified by police in connection with a fight at a durian stall in Bangi.

Kajang OCPD Asst Comm Mohd Zaid Hassan, when contacted, said a report was made on Saturday (June 20) by the victim who stated that he was attacked by a group of men while selling fruits near the Al-Amin surau in Bandar Baru Bangi.

"The suspect punched the victim and threw a durian at him. The suspect also destroyed the stall and the cause of the incident was due to a fight over a business spot.

"The police are tracking down five individuals to assist in our investigations. One of them, who goes by the name 'Joe' also operates a stall near the Al-Amin surau," he said on Sunday (June 21).

He added that anyone with information on the incident can contact investigating officer Insp Suresh at 017-433 3795, or the nearest police station.

The incident had also been making its rounds on social media.

A Facebook post said that a durian stall was apparently damaged after it was hit by a car. It added that the suspect had allegedly brought a group along with him. 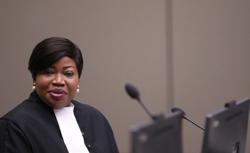