"The cause of the cluster infections is still being investigated, although it is suspected that it may have stemmed from visiting activities," he said in a statement on Saturday (June 20).

He said the index case was a patient who was being treated for acute respiratory infection (ARI) at Hospital Serdang on June 5 and found to have the virus.

"Three of them were living with the man in the same home, while one of them was living in a different home," he added.

Dr Noor Hisham said that investigations and screening of close contacts were still being conducted.

At the moment, he said 29 individuals had been screened, with 25 of the close contacts testing negative for the virus.

On Friday (June 19), Dr Noor Hisham had announced a new cluster in Sarawak, after six cases were linked to a university student in Kidurong, Bintulu who tested positive for the virus on June 12.

The index case, who studies in Mukah, had returned to her home in Bintulu in March, where she spent her Hari Raya holidays and was visited by her relatives.

Dr Noor Hisham said a total of 231 close contacts had been identified in the Kidurong cluster, with 163 of them having been screened and tested negative.

He said the source of the infection was still under investigation. 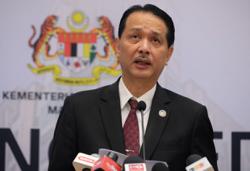 Another big race is off in Sepang 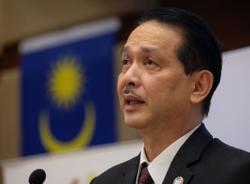