KOTA KINABALU: An Indonesian man wept uncontrollably on the dock after he was told that he could face years in jail, fined up to RM10,000 and given six strokes of the rotan for entering the country illegally under the Immigration Act.

The 47-year-old Musar Razak, who is blind, broke down and cried on being told of the penalties for illegal entry.

His sobbing forced deputy registrar for Tawau High Court Amirshah Amir Hassan to personally try and calm him down before he ordered a short break for Musar to overcome his emotional outburst.

Musar, who later pleaded guilty to the offence under Section 6(1)(c) Immigration Act 1969 on Friday (June 19), was sentenced to two weeks in jail from the day of his arrest at Hilltop, Jalan Kuhara in Tawau on June 6.

Amirshah did not impose the canning but ordered that Musar be deported immediately.

Musar’s lawyer Dayang Aidaku Amira Aminuddin, who represented him pro-bono, urged to the court to give the lightest sentence for Musar.

She said that Mursar was born blind and has been in Sabah for nearly three-decades since 1992.

She also told the court that Musar was suffering back pain and could not seek treatment at the hospital because he did not have any identity documents.

Dayang Aidaku also informed the court that Musar did not have any permanent employment due to his condition and could only earn about RM150 a month.

She also urged for the court to send Musar to hospital for treatment before he undergoes any jail term. 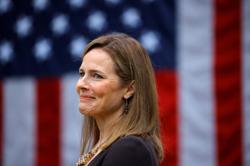