Limited options: With the two-per-table rule, mamak restaurants will not be able to accommodate many customers who come to watch football games. — SS KANESAN/The Star

PETALING JAYA: The suspended English Premier League (EPL) is set to resume, but fans hoping to catch the live action at their favourite mamak restaurants will have to do without “matchday” atmosphere.

With social distancing rules taking precedence, it will be a luxury to get a seat in these restaurants, which have already started demarcating reduced seating areas.

With the two-per-table rule, the restaurants will not be able to accommodate many of their customers who come to watch the football games.

The popular EPL will kick off again after a three-month hiatus on June 17, with Aston Villa taking on Sheffield United and Manchester City playing Arsenal.

Besides the reduced seating, the restaurants will not be able to show the late games as the standard operating procedure (SOP) in place is for them to close shop by midnight.

The eateries are only allowed to operate from 6am to midnight now, so fans can only watch the games that will end before closing time.

He said the SOP allowed only two persons per table.

“We have to limit the number of customers because of social distancing. The atmosphere will be totally different.

“We hope the government can relax the rules as buses, trains and flights are now allowed to operate at full capacity,” he said.

The EPL is a big hit here with teams such as Manchester United and Liverpool having many fans.

Many prefer watching the more exciting games at mamak shops regardless of the timing because of the “matchday” feeling in the previously packed restaurants.

Jawahar said the restaurants did not necessarily make more profit as some only ordered a drink or two for a whole match.

“But we don’t mind as we consider it a service for our customers,” he said.

He added that there were about 10,000 mamak eateries in the country, of which 4,200 were registered with the association.

Original Penang Kayu Nasi Kandar managing director Burhan Mohamed said his outlets would only show the early kick-offs, but diners would be given priority in terms of space.

“Due to the limited space, we have to give diners first choice. We will wait and see how the situation plays out,” he said.

Another mamak eatery operator in Kelana Jaya said he was not sure how the social distancing rules could be observed at the eateries.

“During the game, people might be excited and the situation could be hard to control,” he said.

There are 92 games left to play in the EPL, with all games to be held behind closed doors. 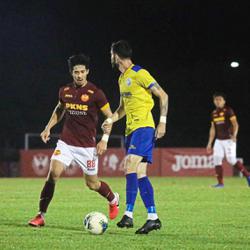 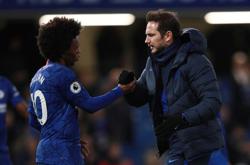