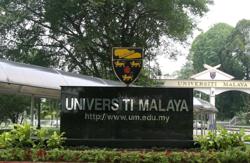 PETALING JAYA: For the first time ever, all five Malaysian research universities are ranked among the world’s top 200, according to the prestigious Quacquarelli Symonds (QS) World University Rankings 2021.

UM improved its performance across four of the six metrics utilised by QS, including rising 76 places in citations per faculty – the research impact indicator.

“Continuous improvement is very important because we aspire to become one of the top 100 universities under the QS World University Rankings in the next five years, ” she told The Star.

She also said that it was the strong support and commitment of the staff that propelled the university 27 spots up to 132nd position in the rankings.

“UKM will stay focused on improving our fundamentals, especially in the areas of research, teaching and internationalisation, ” he said, adding that rankings should be viewed as a byproduct of a “great university”.

“Ranking is important to benchmark ourselves with the rest of the top players in the world. It is obviously not an absolute scale but it serves as a reference, ” he said.

Meanwhile, Taylor’s University (379th) recorded the most impressive year-on-year growth, jumping up 135 places to break into the world’s top 400 universities with an overall score of 28.9.

“It also recognises the world-class education we provide for our students, ” he said.

A total of 19 local universities were ranked in the 17th edition of the international rankings.

QS research director Ben Sowter said the ascendancy of the Malaysian universities in the rankings was the result of concerted efforts and sustained investment.

“The leading Malaysian universities are committing a good level of teaching resources as measured by our faculty/student ratio.

“When it comes to research intensity and impact, the best national performer is UM (241st) while the next best is UTM (461st).

“An ambitious country like Malaysia, will surely aim for research excellence as well as continuing to invest in teaching excellence, ” he said in a press statement.

Massachusetts Institute of Technology remains number one in the world for the ninth consecutive year. Asia’s top universities are the National University of Singapore and Nanyang Technological University, at the 11th and 13th rank respectively. 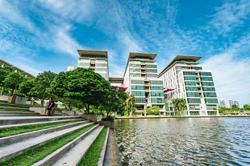