The tough get going: Hee (left) and her husband Wong operating a food stall at the University of Nottingham cafeteria near Broga in Semenyih.

PETALING JAYA: Business was rather poor at their food stall, so a husband-and-wife team decided to spend time to help out some students who chose to remain at their university in Selangor during the movement control order (MCO) period.

“As the students were forced to stay indoors in their own hostel and due to their lack of transportation, we offered to help them get things while we were restocking kitchen supplies for our business.

“I think the students were grateful that we delivered food to them without additional charges. They were also given herbal tea and desserts free of charge every day, ” said Hee Yip Choy, who operates a food stall at the University of Nottingham cafeteria near Broga.

Hee and her husband Wong Chee Meng have been selling Chinese halal food there since 2017.

Since the enforcement of the MCO in March, Hee said about 80% of the students chose to return home, with the rest staying on campus.

As such, Hee, 39, said it severely affected their business as the students were their main customers.

Unknown to many, starting the food business did not come easy for both Hee and Wong, 48.

Hee shared that they first ventured into the food trade at a night market in 2006.

But they left after three years as business was unstable due to problems such as weather and short operating hours.

In 2009, the couple opened a kopitiam in their hometown of Bahau in Negri Sembilan.

“About three years ago, we decided to move to the Klang Valley. “That was when one of my husband’s friends introduced us to the University of Nottingham, ” she said.

Hee said life had been hard for them previously but they persevered and rode out the storm.

“We fully comprehend the feeling of helplessness and loneliness during the MCO period.

“That is why we decided to offer a helping hand in times of need.

“This is our responsibility as part of society. Responsibility comes from the words ‘response’ and ‘ability’.

“When we know someone is facing hardship, we ask ourselves if we have the ability to help them out, ” she said.

Hee said since they had the ability, it was only apt for them to respond to calls, noting that they too wanted to set a good example for their own children.

Despite the difficulties brought by the MCO and Covid-19 pandemic, she observed that the people still genuinely cared for one another with even the students graciously giving back.

“A lot of students helped us in the delivery process in their own ways.

“Some who remained in the campus assisted us to manage the online ordering system while other off campus students helped to update our delivery status on the WhatsApp group, ” she said.

Hee said she believed many international students were stranded as they were unable to return to their home countries while some Malaysian students chose to stay back due to the temporary ban on interstate travel.

But something good came out from the MCO period as she found time to be creative by introducing and concocting new dishes, including Western cuisine.

“We sell mainly Chinese food but since the MCO was enforced, we started to venture into other flavours and created a mix of local and Western cuisine.

“As our customers are mainly students, we try to sell a variety at affordable prices, ” she said.

Hee hoped that the students they have assisted would also do the same for others, especially the needy and less fortunate. 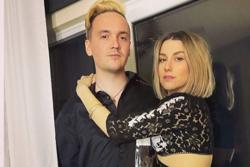 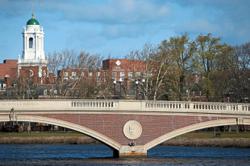