Jessica Veronica Sikta holding on to her deceased fiance's casket in the hearst before it heads to Valerian Joannes' final resting place in 2015.- ZULAZHAR SHBELEE / THE STAR

KOTA KINABALU: Time heals all wounds, they say. But for nurse Jessica Sikta, these five years after the deadly Mount Kinabalu quake on June 5,2015, have passed by without her pain of losing her fiance Valerian Joannes, easing.

“I still miss him dearly, it’s like this happened just yesterday, ” she said when contacted, Friday (June 5), in conjunction with the anniversary of the tragedy which claimed 18 lives including four mountain guides or malim gunung.

They had died protecting and trying their best to rescue climbers during the 6.0 magnitude quake.

“If I miss him too much, I’ll let my tears fall because holding it in is worse, but after that, I will remember to pray for his soul, ” she said.

It is hard for her to move on because everything reminds her of him.

“During these few months, I have more free time due to the movement control order (MCO) and having taken a break from work since January, so I bake and cook a lot, something which Valerian also looked forward to previously, ” she said.

She said whenever she tried a new menu, he would be the first to try and become her lab rat.

“He would always be super excited when I baked or cooked because he can bring it to work or up the mountain with him, ” she said.

She said she has managed to cope with her grief due to the strong support from family, friends and even strangers.

“Up to this day, I still have people giving me messages of hope and encouragement via Facebook and other social media platforms, so much that I am not even able to open and read all, ” she said.

She thanked those who never stopped giving their words and prayers of support and apologised for not being able to respond to everyone personally.

She said she also keeps in touch with families of the other deceased mountain guides.

“Robbie’s wife still texts and asks how I am doing, she is fine and coping well with her family overseas, ” she said.

As for Joseph’s cancer-stricken wife, she passed away quite recently.

“We used to talk often but sadly, she succumbed to cancer several months ago, ” she said.

Asked what her future plans were, she said for now, she is only thinking of making her career in the nursing industry.

“We’ve spoken about this before we got engaged, I told Valerian that I want to apply for a job in the Middle East and he had not agreed in the beginning but finally gave in when I agreed to marry him first and to stay true to our relationship, ” she said.

She said she hopes she will be able to fulfil this dream of hers, and also fulfil hopes of having a better life, just like what she and Valerian had discussed about when he was alive.

Sikta and Valerian’s family would perform annual anniversary prayers for Valerian and the other quake victims. 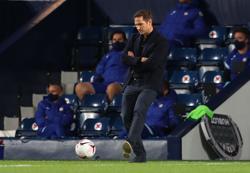