Govt urged to reopen its borders to business travellers

PETALING JAYA: The government should gradually reopen its borders to business travellers from regional trading partners including Asean and China, says the Association of Belt and Road Malaysia.

Chuah also said the priority can also be given to business travellers from countries and regions that are classified as "green zones" to enter Malaysia for business purposes.

He added that allowing these business travellers to Malaysia was crucial to revitalising the country's external trade and investment amidst the slow down in the domestic economy.

"The border closures by many countries over the past few months have severely affected global economy and trade, causing the suspension of regional trade and business activities.

"As the Covid-19 pandemic situation in Malaysia and some countries such as China, Thailand and Vietnam have stabilised as more comprehensive safety measures were put in place by the government, it is time to consider restoring cross-border trade and investment by phases.

"While foreigners are still banned to enter by many countries, however, some countries with better control of the virus outbreak have gradually eased their rules, such as Thailand's relaxation of the permit to allow foreigners with work permit or permission to enter the country," he said in a statement on Sunday (June 7).

Chuah noted that the country's exports in April this year dropped 23.8% to RM64.9bil, while imports also fell by 8% to RM68.4bil, resulting in a trade deficit of RM3.5bil, claiming that it is the first monthly trade deficit in the past 22 years.

"The closure of airspace and travel bans have caused a heavy blow to countries that heavily rely on international trade. As the domestic economic activity has gradually opened up, the government should begin to loosen the restrictions on travel bans, in order to revitalise the external sector which is crucial to support our economic growth," he said.

Chuah pointed out that countries and regions along the Belt and Road have strong economic and trade relations with Malaysia, especially China, which is the largest trading partner to Malaysia.

Hence, he said the reopening of the country's borders would promote external trade and investment, as well as save local enterprises and employees. 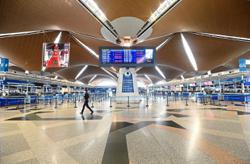 Malaysia should look into 'travel bubble', for business travellers 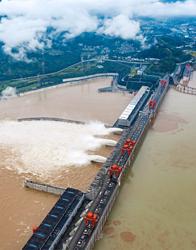