LABUAN (Bernama): A security guard has been arrested in Kampung Sungai Miri here for allegedly raping his 16-year-old stepdaughter.

Labuan police chief Supt Muhamad Farid Ahmad said the 42-year-old guard was arrested at 1.10pm yesterday, about two hours after the teenage girl had lodged a report against him.

The girl alleged that he had raped her several times at her house in Kampung Sungai Bedaun here since 2019, Supt Farid said Saturday (June 6).

He said police would apply for a remand order on the suspect to facilitate investigation into rape and use of criminal force to outrage modesty.

Meanwhile, a female account manager here was conned of RM67,700 by three men impersonating a Bank Negara officer, an international bank officer and a senior police officer on Thursday.

Supt Farid said the woman was contacted by the so-called officers at 12.30pm and told that her credit card usage had exceeded the limit.

"After providing the account information, the woman found that a sum of RM67,700 was transferred to an unidentified account and immediately lodged a police report,” he added.

In another case, Supt Farid said an unexploded World War II bomb which was washed up on Pulau Daat had been towed out to sea and detonated at 4pm on Friday. - Bernama 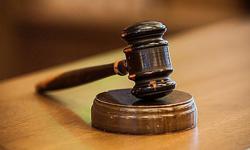 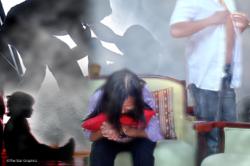