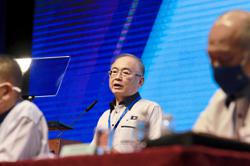 PETALING JAYA: The proposed amendments for stiffer punishments for drink driving will also include other forms of reckless driving, says the Transport Ministry.

Its Minister Datuk Seri Dr Wee Ka Siong said the proposed amendments to Sections 41-45 of the Road Transport Act 1987 are mainly related to driving under the influence of drugs or alcohol, and dangerous driving.

"Therefore, be it driving under the influence of drugs or alcohol or 'Geng Basikal Lajak' (modified bicycles) or 'Mat Rempit' (motorcycle racers), any form of reckless or dangerous driving will be covered in the proposed amendments to the Act," he said.

Dr Wee, who is also MCA president, said the issue of driving under the influence of drugs or alcohol had nothing to do with race or religion.

"This is an issue of personal safety. Any final amendments to the Act are to impose more severe punishments against dangerous drivers and have nothing to do with race," the Ayer Hitam MP posted on Facebook on Wednesday (June 3) night.

He added that tragedies related to dangerous driving have nothing to do with race, adding that people need to have "more compassion towards others."

"I hope we can look beyond race, religion or political differences to support the proposed amendments to this Act," he said.

On May 30, Dr Wee appealed to motorists not to drive under the influence of alcohol or drugs.

He said motorists must value their own lives and those of other road users, following another incident where a drunk driver crashed into a motorcycle that killed one and seriously injured another.

Dr Wee also assured that all proposed amendments to the Road Transport Act 1987 will be finalised in mid-June before being tabled at a Cabinet meeting.

On May 29, a 22-year-old man who was driving while under the influence of alcohol was detained following a fatal accident near the Federal Highway.

The police said the car driven by the man was involved in a collision with a motorcycle at KM34.2 of the Federal Highway at around 6am.

The accident led to the death of the 42-year-old motorcycle pillion rider while the rider sustained serious injuries. 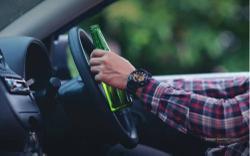 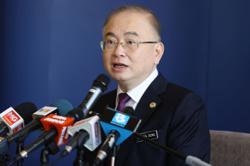