KAJANG: Police will be investigating a foreign couple for allegedly leaving their daughter without supervision after the girl was found alone at the roadside near Taman Prima Saujana.

Kajang OCPD Asst Comm Mohd Zaid Hassan said a 51-year-old foreign woman had found the five-year-old girl and brought her to the police station at around 5.40pm Wednesday (June 3).

"We immediately searched for her parents and two hours later, the girl's mother came to us after realising her child was not at home," he said.

ACP Mohd Zaid said the girl's parents were in their 30s and worked at a restaurant in Kajang.

Police also brought the girl to the hospital for a health check and an investigation has been launched under Section 33 of the Child Act 2001 for leaving a child without reasonable supervision.

"The girl and her parents are safe but we would still need to question them further to complete our investigations," ACP Mohd Zaid said.

He also reminded parents to be mindful of their children as it is an offence to leave them without proper supervision. 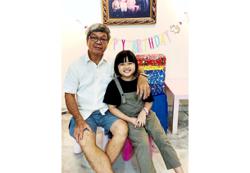