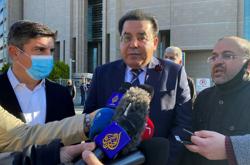 KUALA LUMPUR: The High Court was told not to convict former prime minister Datuk Seri Najib Razak based on the court of public opinion over allegations of misappropriating RM42mil in SRC International Sdn Bhd’s funds.

Lawyer Farhan Read, in his submissions, said the law and facts should prevail over public sentiment.

“We don’t blame members of the public for being angry because these are serious allegations.

“But this court today should not be influenced by opinion.

“It should decide based on law and facts, ” he said yesterday.

The defence also raised the issue of credibility of one of the witnesses, former second finance minister Datuk Seri Ahmad Husni Hanadzlah, who testified during the prosecution trial.

Husni had claimed that Najib had engineered a sexual harassment allegation against him, in his testimony to the court.

The witness also testified that Najib barred him from travelling to Switzerland in 2015 to find out about SRC International’s money, which was said to have been frozen.

“How does this translate to the witness’ credibility?” Farhan said in urging the court to disregard Husni’s testimony.

The defence trial, which started on Dec 3, lasted 33 days with 19 witnesses taking the stand.

Najib’s defence had largely contended that he did not know the monies in his bank accounts originated from SRC International, a subsidiary of 1Malaysia Development Bhd (1MDB).

Najib is facing seven charges. Three of the charges are for criminal breach of trust and one for abuse of power, while another three are for money laundering involving SRC International funds totalling RM42mil.