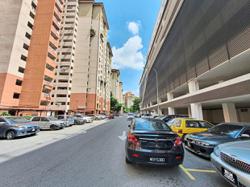 KUALA LUMPUR City Hall (DBKL) is planning to close four more public parks in the Federal capital as a lesson to the public to take social distancing seriously.

“We have no choice but to take drastic action if people refuse to follow the rules and blatantly break the rules," he told The Star.

“Our enforcement officers report that people are having picnics in the park, sometimes 20 to 30 people all from one family, sitting together in close proximity, ’’ he said.

“They give a hard time to the officers when they are asked to leave. And then some parents are removing the restrictive yellow tape placed around amenities like the children’s playground and exercise equipment and allowing their children to use it," he said, adding that the tape was placed there for a good reason.

Khairul said DBKL officers were also threatened by the public when they were told to leave the park.

“Officers have reported that some members of the public have threatened to call the police if DBKL officers continue to harass them," he said.

“I understand they have been cooped up at home for months and need some fresh air for physical and mental health, but this is not the way to do it," he said, adding that the move was to prevent any outbreak of Covid-19.

Last week, Taman Tasik Titiwangsa was closed to the public indefinitely after too many people made a beeline to the park when the government loosened its restrictions under the movement control order (MCO).

However, jogging activities are still allowed outside and around the park.

DBKL had earlier announced that all parks under its jurisdiction would be open to individual joggers under the conditional MCO from May 4 onwards. 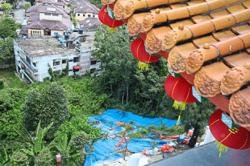