BALIK PULAU: A 64-year-old retiree claimed trial at the Magistrate's Court here on Tuesday (June 2) to a charge of attempting to ram a police roadblock near the Queensbay Mall here.

If found guilty of the offence under Section 42(1) of the Road Transport Act for reckless driving, he can face a jail term of up to five years and a fine of between RM5,000 and RM15,000.

He also claimed trial to another offence of uttering “polis bodoh” at an assistant superintendent at the roadblock at Persiaran Bayan Indah near Queensbay Mall at about 10.30pm on the same date.

If found guilty of the offence under Section 509 of the Penal Code, Lim faces a jail sentence of up to five years, a fine, or both upon sentencing.

He was also charged for obstructing the duties of civil servants as he was alleged to have failed to stop his Ford Fiesta on purpose for checks by two lance corporals on duties during the ‘Ops Mabuk’ operation at Solok Bayan Indah at 10.30pm.

The charge under Section 186 of the Penal Code carries a jail term of up to two years, a fine up to RM10,000 or both if convicted.

Lim was also charged under Section 45(A)(1) of the Road Transport Act for driving under the influence of alcohol, and if found guilty faces a fine of up to RM6,000, with a possible jail term of up to 12 months.

In submissions for bail, deputy public prosecutor Rais Imran Hamid requested the court to set bail at RM8,000 for each of the offences.

He also requested for additional conditions to be imposed by impounding the accused's driving licence and passport, pending the disposal of the case.

In response, Lim's counsel Datin Punithawathi Arjunan however proposed for a lower bail, citing that Lim and his wife are both retirees.

Magistrate Nur Azzuin Abdul Moati set bail at RM4,000 for each of the offences and ordered for the accused's driving licence to be suspended with his passport impounded pending the disposal of the case.

She then set July 13 for case management. 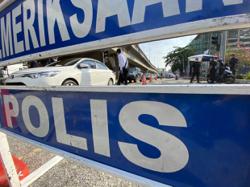 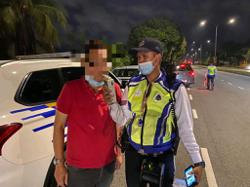