Kaamatan singing finalists belt it out via Zoom

KOTA KINABALU: Typically, the Sugandoi or singing competition held in conjunction with the state-level Kaamatan Festival, is held in a grand scale at the Hongkod Koisaan Hall of the Kadazandusun Cultural Association in Penampang near here.

Participants from all over Sabah who are shortlisted for the finals will gather at the hall to showcase their singing prowess.

However, it was held using the Zoom application last night due to the Covid-19 pandemic. It was also scheduled to be broadcast live via Facebook.

Sugandoi Sabah 2020 online competition organising committee chairman Evaristus Gungkit said there were 10 finalists in the open category and seven in the Dazanak or junior stars category.

“All the finalists will perform from their homes. The jury will also evaluate their performances from their own homes, ” he said.

Evaristus said the competition was aimed at continuing traditions related to the Kaamatan festival, while embracing the new normal.

He said about 500 participants had submitted their entries.

Four-time finalist Sheldon Elev, 29, from Tambunan said that although the competition was held online, there was still a lot of excitement because participants would be competing with their own techniques.

Another finalist, Gretchene Quirina Salipa, 23, from Inanam, said she had been preparing herself both mentally and physically while taking care of her health to perform her best in the competition. 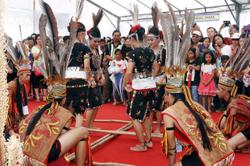 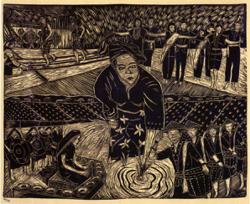 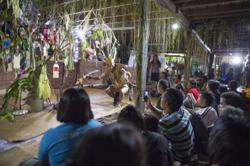 A quiet harvest: MCO means no big party for Kaamatan festival this year