PUTRAJAYA: The Election Commission (EC) is reviewing the proposal not to limit the nomination for any election to one day only and for the process to be implemented online.

EC chairman Datuk Azhar Azizan Harun (pic) said the proposal, however, would take time to be realised as it would involve amendments to existing electoral laws and regulations.

“We want to do that but the problem is that the current legal framework for nomination is only one day and one hour from 9am to 10am, then the announcement is expected at 11am.

“The nomination cannot be carried out online because under the existing legal framework, the candidate or proposer or seconder must bring a hard copy of the nomination form.

“So we are reviewing the proposal and taking some time as we have to amend these laws and regulations, ” he said in an interview.

The proposal to extend the nomination day and time frame of submitting the nomination forms was voiced by various parties following the Covid-19 pandemic, which saw Malaysia moving towards a new normal in facing the impact of the virus infection.

Azhar said in several past by-elections, the EC had allowed candidates to obtain the nomination form in advance to facilitate the process.

“We encourage candidates to go to the state election office to fill out the forms and pay the deposit in advance and check the forms to ensure everything is correct.

The Chini state by-election in Pahang will be the first to be held during a pandemic.

The EC has set the nomination on June 20, with early voting on June 30 and polling on July 4.

The by-election was triggered after the incumbent Datuk Seri Abu Bakar Harun died of a heart attack on May 6. — Bernama 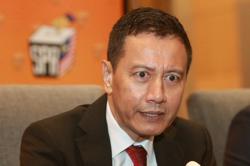