The Value Partners Group co-chairman and co-chief investment officer noted that investors were calm when it came to the recently-passed Hong Kong national security law as part of the solution to the region’s current situation.

The Malaysian-born Cheah is currently a fund manager based in Hong Kong and is often described as the Warren Buffet of Asia.

“The delay of the implementation actually caused social insecurity and concern for many parties,” he added in a recent interview with the Hong Kong Economic Times.

Cheah believed that there will be a mixed reaction to the law among the people of Hong Kong but added that this law will act as a cornerstone for the region’s progress.

“The introduction of the national security law can reduce conflict in the region in the long run although there might be tension and uncertainty now," he said.

Cheah said despite the major movement in the Hong Kong stock exchange, the situation will calm down eventually and the people will realise that the law will bring more benefits in the long run.

He predicted the stock exchange to be unstable for the time being while awaiting the reaction from the United States.

“If the United States reacted negatively, there might be a negative impact towards Hong Kong’s stock exchange but the impact will not be as bad as predicted due to the decline in the dependence between both economies.

“With two-thirds of the market share of Hong Kong’s stock exchange coming from Chinese investment, the stock exchange performance relies more on China’s economy than the United States.

“The market is concerned that the United States might withdraw the special economic privileges from Hong Kong but the impact will be both ways as Hong Kong is the overseas base for many United States corporations.

“American actions can damage Hong Kong but cannot kill it,” he said.

Cheah said that with the introduction of the national security law, Hong Kong can now focus on other matters such as economic development and social reforms.

“We need to close the income gap, make housing more affordable and source ways to boost the economy so that the younger generations can benefit from the economic growth,” he said. 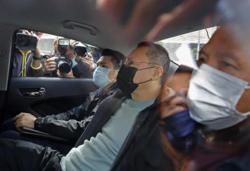