GEORGE TOWN: The first foreign workers housing project in the state that fully complies with the federal government’s new accommodation guidelines will be ready by the end of next year.

“This is the biggest project in the state planned so far. There are five blocks of workers quarters comprising 684 apartments that can accommodate 12,312 people, with each unit measuring more than 900 sq ft.

“The personal space, sanitation, food and nutrition, waste disposal, general safety, fire safety, pest control and vector features of the project are fully compliant with the federal government guidelines,” said Ku Azhar, who is the chief designer and architect for the developer Biopolis Resources Sdn Bhd.

Each unit, he said, would have a kitchen, toilet, wash and dry area, foyer, cabinets and study area.

According to Ku Azhar, most of the foreign workers in the state are housed in flats that are not in accordance with the government’s new guidelines.

“For example, many foreign workers are crammed in an apartment unit with no proper social distancing features.

“The housing estates where the flats are located also don’t have the roads to accommodate the coaches that come in to pick up the workers,” he added.

Ku Azhar said the Penang Development Corporation (PDC) was a collaborator of the project.

“We will surrender 42 units to PDC and manage it for them.

“The rental that PDC will get is about RM33mil over 15 years.”

Ku Azhar added there would be eight retail outlets on the ground floor and a coach terminal.

The Human Resources Ministry has recently given employers three months to make arrangements and provide proper accommodation for foreign workers in all sectors.

Its minister Datuk Seri M. Saravanan said the Minimum Standards of Housing and Amenities (Amendment) Act would take effect on June 1 in Peninsular Malaysia and Labuan. 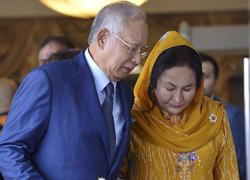 Glomac to be sustained by unbilled sales, new projects