He also urged the public not to believe the viral screenshot, which claimed the National Security Council (NSC) decided to allow interstate travel and more sectors to open.

Instead, he urged the public to refer to the NSC website for the latest updates, including the standard operating procedure (SOP) on the Covid-19 pandemic.

“The website is very clear on what is allowed, or what sectors.

That news yesterday is fake. We will decide if there is an extension later. This includes the SOP on inter-state travel,” he said during his daily press briefing on the Covid-19 situation in the country.

Ismail was asked if the government would allow inter-state travel upon completion of the latest phase of the CMCO, on June 9.

The screenshot also claimed that schools, universities, kindergartens, and barbers however would remain closed.

Meanwhile, Ismail said that no compounds were issued for Aidilfitri visits on the fifth day of Hari Raya.

On the second, third and fourth day of Hari Raya respectively, a total of 31, 25 and 64 compounds were issued to individuals for making these Raya visits.

The government had only allowed visits on the first day of Hari Raya on May 24, on condition that SOPs were observed.

“Everyone is reminded to obey the SOPs and the rules. Your cooperation is important to curb the spread of Covid-19,”Ismail said

However, the police still issued 433 compounds to individuals for violating the CMCO, including 108 compounds issued at road blocks.

Ismail also said that a total of 434 vehicles were turned back for trying to make inter-state travel.

The states that recorded the highest attempts were Kedah with 87, Negeri Sembilan with 83, and Melaka with 59.

Ismail added that the police also detained 114 individual for violating the CMCO, out of which 86 were remanded and 28 given police bail. 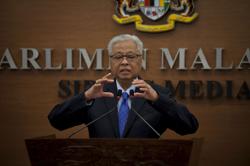 Ismail Sabri: Expatriates in Malaysia not allowed to go on holidays overseas 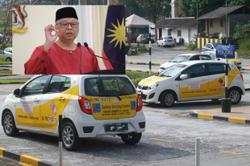 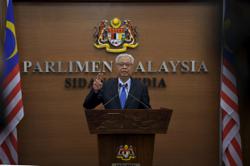