Chin, who is also the Libaran MCA chief, confirmed that he received his appointment letter from the Transport Ministry a few days ago.

“I will live up to my responsibilities and do my part within the term of office.

''The first thing I am going to do is to have a meeting with the state CVLB officials in order for me to better understand the operation and services of the Commercial Vehicle Licensing Authority, and also to further discuss how we can further improve our service to the commercial vehicle operators and general public," said Chin.

The appointment is valid for three years.

Chin, 52, is a businessman from Sandakan, and has been in politics since 1994. The appointment is his first government position.

He was the former MCA Youth (national) deputy organisation secretary and also former Sabah MCA Youth secretary. He is also the president of the Sabah Wushu Association. 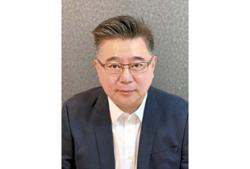