PETALING JAYA: People can lodge their appeals for the Bantuan Prihatin Nasional (BPN) cash aid at Inland Revenue Board (IRB) branches nationwide until Sunday (May 31).

The IRB said in a press statement on Friday (May 29) that it will open the counters for appeals to be made on Saturday (May 30) and Sunday (May 31) so that those who were eligible to receive the BPN aid were not left out.

It added that the counters will be opened from 8am until 4pm for the two days.

The IRB said that the opening dates and hours of the counters however did not extend to Sabah and Labuan due to the public holiday in conjunction with the Kaamatan festival in the state and Labuan.

It added that in Sabah and Labuan, the counters will be open until Tuesday (June 2).

The IRB added that appeals can also be lodged via e-mail at rayuanbpn@hasil.gov.my with the relevant documents attached.

Further information on the matter can be found IRB’s Facebook page at www.facebook.com/LHDNM ; its Twitter account at twitter.com/LHDNMofficial ; or by calling the Hasil Care Line at 03-89111000. 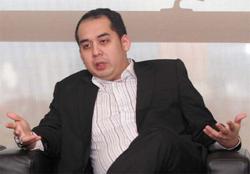