PETALING JAYA: They may be political rivals, but leaders from DAP and Umno have shown their support for two DAP women leaders who were sexually harassed online.

“Any form of sexual harassment is a crime and should not be dismissed or allowed in society, ” Lim said.

Batu Kawan MP Kasthuri Patto called on society to fight back against such acts.

“Cyberbullying, hate speech, stalking and harassment must be countered. Hate speech is not free speech, ” she stressed on Twitter.

“Enough is enough. It’s 2020! Only cowards would ‘Baling Batu Sembunyi Tangan’ (a Malay proverb), ” said the Umno Supreme Council member who also called for women politicians to unite against such acts.

“Everyone should condemn this act and those behind this ought to be harshly punished, ” the Umno Youth chief said.

He confirmed that Jamaliah made a police report on May 22, but said Yi Wei had yet to lodge a report over the threat. 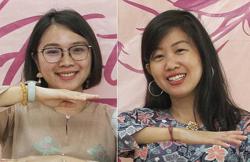