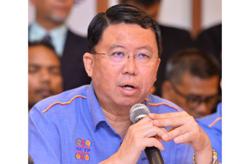 DESPITE his owner’s demise, a dog continued to wait for his master outside a hospital for three months in Wuhan, China, reported Oriental Daily.

Hospital staff told a local daily that a small brown dog, believed to be five years old, had continued to stay on guard outside the premises since February.

“They say the owner was an old man who died of Covid-19. The dog doesn’t understand that its owner is not coming back for it, which is why he continues to look for him, ” said Wu Cuifen, a grocery shop owner at the hospital.

Wu had attempted to bring the dog home but said it would run back to the hospital.

Out of ideas, Wu allowed Xiao Bao to stay in her shop and continued to feed it.

However, as the hospital returned to its normal operations with the fall in Covid-19 cases, the management has asked that Xiao Bao be removed due to hygiene concerns.

Wu told the daily that Xiao Bao is currently under the care of the Wuhan Society for the Protection of Animals and is awaiting adoption.

Its president Datuk Wang Hong Cai was quoted as saying that students dropped out of secondary school mainly due to external factors such as the influence of friends and family conditions.

However, the MCO had forced students to attend classes at home, making it less likely for them to be enticed by external factors and drop out, he said.Wang urged the National Union of the Teaching Profession (NUTP) not to speculate on dropout rates without data or evidence.

On Friday, NUTP secretary-general Harry Tan said the number of dropouts could increase, noting that underprivileged and disabled students who did not have sufficient access to online lessons throughout the MCO were most likely to give up on education.

Tan urged the government to galvanise aid from various parties across the nation to upgrade and provide Internet connectivity between students and teachers as soon as possible.The above articles are compiled from the vernacular newspapers (Bahasa Malaysia, Chinese and Tamil dailies). As such, stories are grouped according to the respective language/medium. Where a paragraph begins with a >, it denotes a separate news item. 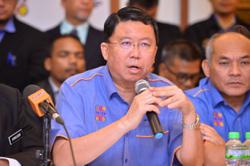 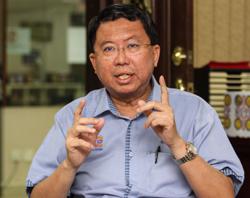