KUCHING: Tertiary students from Sarawak who returned home recently have been asked to undergo Covid-19 screening if they have not already done so after four new cases were reported in the state.

“The divisional committees and Health Ministry will also step up their capabilities to trace close contacts of new positive cases,” it said in a statement yesterday.

This comes after Sarawak reported four new Covid-19 cases yesterday, with one each from Kuching, Serian, Bintulu and Tanjung Manis.

The state’s tally of confirmed cases now stands at 549.

The committee also reminded students who had been directed to undergo home quarantine that they were not allowed to go out before completing the quarantine.

It warned action would be taken under the Protection of Public Health (Measure on the Carrying out of Activities in Infected Local Areas) (No 2) Order made on May 13 under the state’s Public Health Ordinance 1999.

The other two yellow zones are Kuching and Sibu.

“Currently, five districts in Sarawak are categorised as yellow zones while the remaining 35 districts are green zones,” it said.

Earlier this month, the committee had directed returning Sarawakian students to be quarantined in hotels for 14 days and have their samples taken if their final destination was in a green zone.

Those returning to red or yellow zones were issued wristbands for home surveillance.

On May 12, the committee then decided that returning Sarawakians, including students, would be quarantined at home for 14 days and given wristbands for monitoring.

However, due to the emergence of a new university cluster outside Sarawak, the committee decided on May 15 that all Sarawakians returning from Peninsular Malaysia, Sabah or Labuan would have their samples taken for screening immediately upon arrival and be quarantined at home. 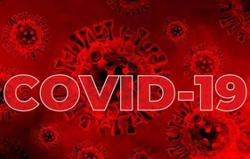