PETALING JAYA: The Health Ministry will be discharging Covid-19 patients even if they are tested positive at the end of their two-week hospital treatment because they would not be able to infect others, says Datuk Dr Noor Hisham Abdullah.

The Health director-general said they are changing from the previous protocol in which they would continue to keep the patient in the hospital as long as they are tested positive on the 13th day.

“According to a (recent) World Health Organisation report, if they have passed the 14 days (of treatment), the chances of them infecting others are zero.

“With that new information that we have obtained, if after 14 days, even though the PCR (polymerase chain reaction) test is positive, we can discharge them, ” he said at his daily press briefing on Tuesday (May 26).

He said that Covid-19 patients may still test positive after 14 days due to virus shedding or because the test detected the fragment of the dead virus.

“Last time, before we discharged a patient, on the 13th day, we will collect a sample from the patient. One negative was not enough, we will collect two samples in a period of more than 24 hours.

“When we had two negatives in a period of more than 24 hours, then only we would discharge the patients.

“Later, we changed (the protocol), with one negative being enough for us to discharge the patient.

“However, we have received info from WHO and research from other countries that the infectivity declines after 14 days.

“Even if the PCR test detects the virus, it would be because of virus shedding or the fragment of a dead virus, so when it is detected by the PCR test, it is a weak positive. So the infectivity is almost zero, ” he said. 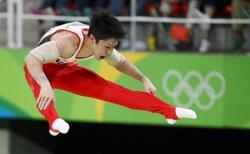