Cabbies told to renew driver’s card to get aid

PETALING JAYA: Cabbies whose driver’s card have expired should renew the document so that they can receive the one-off government aid of RM600 each, says Transport Minister Datuk Seri Dr Wee Ka Siong.

He said the government had agreed to allow the Land Public Transport Agency (APAD) to renew their cards provided the drivers submit all necessary documents by July 1.

“Previously, the feedback was that many had yet to receive the RM600 for various reasons.

“This included an estimated 30,000 taxi drivers who are unable to receive the payment due to having a lapsed driver’s card, which is a mandatory obligation to public road users’ safety.

“The number also includes drivers whose cards lapsed before March 18, ” he said in a statement yesterday, referring to the day when the movement control order (MCO) was implemented.

So far, Dr Wee said 29,447 taxi drivers, who held a valid driver’s card, had received the RM600 aid during the MCO since the Finance Ministry disbursed the funds on April 2.

“APAD will further advise drivers, who have renewed their card, on the next step to register for the RM600 payment, ” he said, adding that the payment was administered through Bank Simpanan Nasional (BSN) and interbank giro facilities.

“For drivers without a BSN account, they need to update their bank account details through semakprihatin.treasury.gov.my with their MyKad numbers.

“Drivers who are insolvent (bankrupt) can refer to the Legal Affairs Division of the Prime Minister’s Department through its website for further assistance, ” he said.

Dr Wee urged all public transport operators to comply with the regulations and not to operate without valid documents.

“Always be responsible on the road and ensure the safety of drivers, passengers and pedestrians at all times.

“I wish all Selamat Hari Raya Aidilfitri and have a pleasant and safe holiday season, ” he said.

Meanwhile, Dr Wee also expressed his condolences to the families of passengers on board a Pakistan International Airlines jet that crashed in Karachi on Friday.

“I received with a very heavy heart the news of the crash in Karachi where dozens perished.

“Our prayers and thoughts are with the families of the passengers, crew and everyone affected on the ground during this very difficult time, ” he said.

The Airbus jet carrying 99 people crashed into a crowded residential district of the city, killing at least 80. 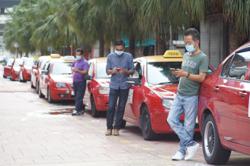 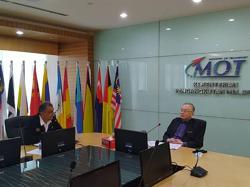