KOTA KINABALU: A Parti Warisan Sabah assistant minister has dismissed opposition claims that he was among 18 assemblymen that are planning to cross over to the Perikatan Nasional parties.

Tanjong Kapor assemblyman Ben Chong Chen Bin said that it was a dirty tactic of the opposition who have been spreading such unfounded “dirty spins” that 18 assemblymen from the Warisan-led state government were leaving.

Over the past week, political talk and rumours have been swirling of assemblymen linked to the current Warisan led state government would move to opposition parties.

The state assistant Trade and Industry Minister said that Sabah Umno chief Datuk Bung Moktar Radin's recent claims that the Warisan-led government would fall through defections was a political statement with no basis.

“It is just empty talk. Where are the facts?” Chong said.

Chong added that Bung Moktar was trying to play with Sabah’s historical “political frog” culture to instigate matters, and said that he did not have any proper real movement or strategy.

He said that he was fully behind Chief Minister Datuk Seri Mohd Shafie Apdal's leadership and there was no reason for him or any of the other assemblymen to cross over.

Chong added that it was better for the opposition to focus on the Covid-19 issues facing the people and the state, instead of playing politics.

Unlike in other states in the peninsula that fell recently due to slim majorities, he said Warisan remains stable with a comfortable two-thirds majority. 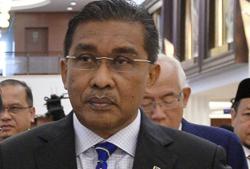 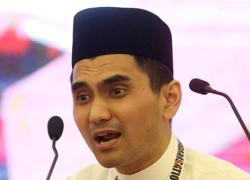