PETALING JAYA: Girls aged 11 to 13 face the highest risk of becoming victims of child sexual abuse imagery on the Internet.

According to 2019 data from the United Kingdom-based Internet Watch Foundation (IWF), 48% of the reports it received regarding child sexual abuse imagery showed children aged 11-13.

Most of the children in the reported imagery are female (92%), whereas a shocking 1,609 cases (1%) showed infants up to age two.

“We are also seeing an increase in self-generated child sexual abuse content, and it is now a third in all videos and images that we see, ” said IWF international development manager Jenny Thornton.

Self-generated child sexual abuse content is often created using webcams in bedrooms or other rooms in a home setting, and the children are often groomed or extorted under the instruction of an adult, explained Thornton.

“Care must be taken not to suggest the child is to blame in any way. The child is being instructed on what to do over a live stream, and is often recorded without their knowledge, ” she said.

“Some also willingly share this material and being coerced to do so through a relationship that they think is a loving relationship or being blackmailed.”

The data are collected from IWF’s reporting portal for online child sexual abuse, which is live in 35 countries, and will soon be available in Malaysia.

IWF is working with local NGO Childline Foundation to launch the reporting portal in June.

The portal allows users to send anonymous reports of sexual images and videos involving children, which are then sent to IWF analysts who work with the Internet industry and law enforcement to take down the images, usually within 24 hours.

After reporting, users will be led to a page with resources, hotlines, and an FAQ section to address their concerns.

Thornton urged users to report if they encounter child sexual abuse content, as they are able to work with law enforcement to rescue the child.

“There was a girl whose images we saw so regularly that we tracked her images over three months and saw her 347 times, which is just awful, ” said Thornton.

“She was abused from the age of three until she was rescued at the age of eight, and it was our work that led to her safety and being rescued.”

“We know that sexual abuse is rampant, particularly within the family itself and also online, ” said Wong.

“And since children are now at home with nothing to do, there is also the increased danger that they will get involved in self-created online sexual images, which is worryingly on the rise.”

The Women, Family and Community Development Ministry, which was part of a roundtable briefing by IWF on the initiative, lauded the setting up of the reporting portal in Malaysia.

“Children are becoming increasingly exposed to online sexual violence in many forms, and this is aggravated during the MCO (movement control order) period, with children having longer screen time without parental control, ” she said.

“We agree this issue needs to be addressed now more than ever.” 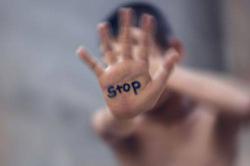 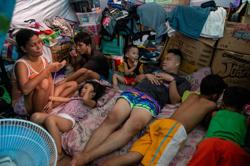