Trail of destruction The roof awning of a used car dealership along Jalan Yang Kalsom in Ipoh, Perak, was damaged by strong wind and torrential rains yesterday evening.

KUALA LUMPUR: The 1Malaysia Development Bhd (1MDB) trial heard an anecdote of a homemade nasi goreng as one of its witnesses explained why he had trusted fugitive businessman Low Taek Jho, who was central in the scandal.

Former 1MDB CEO Datuk Shahrol Azral Ibrahim Halmi, 50, said he could whip up a good meal of fried rice and had treated Low, or better known as Jho Low, to the dish.

“I gave some to him, for him to give to Najib. He brought me feedback that Najib liked my nasi goreng,” Shahrol said during a cross-examination by lead counsel Tan Sri Muhammad Shafee Abdullah at the High Court here yesterday.

He said Jho Low also passed him the numbers to Najb’s assistants at the Langgak Duta home of the former premier.

“These are the small things that built up over time that made me believe it was a very close relationship (between Najib and Jho Low),” Shahrol added.

Shafee: Did Najib ever said to you ‘Shahrol, that nasi goreng was good’.

Shahrol: No, he did not.

Shafee: So you had full confidence in Jho Low. Nothing made you question him.

One of Shafee’s lawyers was then seen passing notes to the lawyer that made Shafee chuckle.

Shafee: My assistant just posted a note. Going by that logic, he (Jho Low) would probably have consumed all the nasi goreng.

Shahrol: He probably well did.

The lawyer then proceeded to ask the witness several more questions but went back to the fried rice, saying that he was impressed with the story.

“One day, I will make it for you,” Shahrol responded.

Shafee also asked the witness to explain the meaning behind a 2012 1MDB project on the repatriation of its funds known as ‘PITA’.

Shahrol said it was an internal joke that P stood for PetroSaudi International (PSI) or ‘pain’ while ITA carried the meaning of ‘in the a**’.

Shafee: So PITA is Petrosaudi pain in the a**?

Shahrol: To repatriate the fund, yes.

Shafee: Why do you joke about PSI being a pain in the a**?

Shahrol: The repatriation was a sensitive matter because we needed to tread delicately because we cannot just operate purely on a commercial basis. Najib had to approve certain things. Therefore we call it PITA.

Shafee: Nobody on the board asked you why the project is called PITA?

Shafee: Surprising isn’t it. Anybody in this court would have asked you if PITA is pita bread.

The hearing continues before Justice Collin Lawrence Sequerah on June 4. 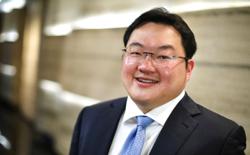 Jho Low’s NY condo sold for a discount at US$7.6mil