PETALING JAYA: The increase in the number of reported domestic violence cases during the movement control order (MCO) period is due to unequal power relationships in a family, say experts.

Women’s Centre for Change (WCC) programme director Karen Lai said the MCO period should not be seen as the cause of the increase in number of domestic violence cases.

“Domestic violence is rooted in deeply unequal power dynamics between men and women. It is about gender inequality and power imbalance,” she said.

She added there may be other complex factors behind abusers’ tendency towards violence, such as perpetrators having been abuse victims themselves.

“The surface problems from the MCO – the economic pressures, alcohol use, drug use and feeling cooped up – are the compounding factors that make domestic violence worse, but they are not the root cause.

“Under no circumstances, no matter how tough it gets, does anyone have the right to beat up their partner or child or sexually or emotionally abuse them.

“If you have a strong relationship where the male partner is supportive and respectful of the woman, this issue wouldn’t occur,” she said.

“Irritability, additional chores, alcohol abuse, drug use and personality issues can contribute to such actions.

“It is the display of power against the weak, which is the basic dynamic in cases of domestic violence,” he said.

He said the MCO period has heightened feelings of stress, irritability and restlessness, especially in confined spaces, which resulted in violent behaviour.

Dr Mohanraj, however, emphasised that domestic violence was a serious issue even before the MCO.

“While the numbers of domestic violence cases are predicted to go up worldwide and attention is rightfully being drawn to it, the problem is not entirely a reaction to the movement control measures.

“It is highly doubtful that men are turning more aggressive during this period.

“The reported cases are likely to be women who are already suffering in a relationship that is characterised by gender-based violence.

“Most likely the men involved are previous offenders, as the dynamics of domestic violence is a pattern of abusive behaviour and a product of gender disparity – rather than as a reaction to a specific event like the MCO,” he said.

Psychiatrist Dr Abdul Kadir Abu Bakar said those committing domestic violence want to assert their control and power over others.

“The main issue is that this person is using violence as a means of controlling the other person,” he said.

The former Malaysia Psychiatrist Association president said such power struggles worsened as the abuser is now in the same confined space.

“However this is not an excuse (for the violent acts),” Dr Abdul Kadir said. 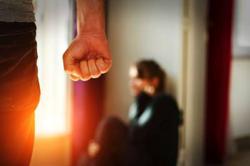 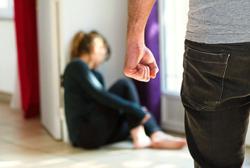