“The Registrar of Societies (ROS) is talking about his position as the current chairman but the election process will determine the future positions in the leadership.

“It is up to the party leadership to decide after June 30, ” he said.

On Tuesday, ROS in a letter said that Dr Mahathir was no longer the chairman of the party.

The letter, which was dated May 5, stated that Dr Mahathir’s resignation as Bersatu chairman came into effect immediately and the position would be held by party president Tan Sri Muhyiddin Yassin until the next Bersatu election.

within the party, with the party’s supreme council member Datuk Marzuki Yahya questioning the nature of the ROS letter and pointing out that a meeting on Feb 24 had rejected Dr Mahathir’s resignation letter in consensus.

“By right, the ROS should refer to the last meeting on the 24th. I don’t understand why the ROS came up with something like that?

“The ROS should react based on the party constitution, ” he said.

At the same time, Marzuki also questioned the legitimacy of Datuk Seri Hamzah Zainuddin’s appointment as Bersatu secretary-general, pointing out that it was rejected by Dr Mahathir as party chairman.

“I’m still the secretary-general of Bersatu, ” he claimed.

Bersatu is currently divided over remaining with Perikatan Nasional or returning to Pakatan Harapan.

“Those who are still harping on Pakatan must be dealt with as per the party constitution. Their membership will automatically be revoked, ” he said.

Dr Mahathir was no longer the party chairman when he resigned on Feb 24.

According to Radzi, this is because there are no provisions in the party’s constitution to allow the party supreme council to return the chairman position to the incumbent who has resigned.

In March, Syed Hamid said polls for the party’s central leadership and the AGM would be postponed according to the directive by the ROS to defer all gatherings until June 30 due to Covid-19.

All 189 divisions were initially expected to vote on April 18 to elect members of the supreme council, including chairman and president.

When nominations for the Bersatu polls closed recently, Dr Mahathir was returned unopposed as the chairman.

This is the inaugural polls for the party set up in 2016. 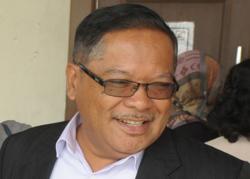 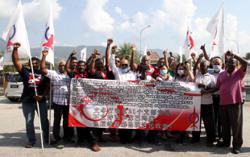 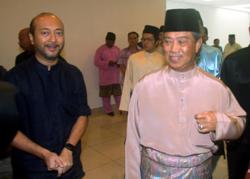