PUTRAJAYA: The Health Ministry is ramping up its contact-tracing activities in Kelantan, Kedah and Terengganu where new Covid-19 cases have been found in places that have been green zones for some time.

Health director-general Datuk Dr Noor Hisham Abdullah said 30 family members of a 31-year-old woman who tested positive in Kelantan had been tested for the virus.

“We have screened and tested the woman’s family members.

"So far, 20 of them have tested negative, while the results for another 10 are still pending.

“We are also tracing the woman’s close contacts, both at her destination in Kelantan, as well as in Ampang, Selangor, where she travelled from, ” said Dr Noor Hisham at the ministry’s daily Covid-19 press conference here on Thursday (May 21).

The 31-year-old woman, who is 35-weeks pregnant, had travelled to Kuala Krai in Kelantan, with the intention of giving birth in her home state.

It was only after she went to a maternity clinic for check-up that she was tested and found to be positive for Covid-19.

On the new case in Kedah, which involved a student from Universiti Utara Malaysia, Dr Noor Hisham said nine of the student’s close contacts had been identified and tested.

“We are still waiting for the results of their swab tests, ” he said.

The student tested positive for Covid-19 on Wednesday (May 20), following a screening conducted at the university’s campus at Sintok, Kedah, in preparation for students returning to their home state of Sabah.

On the new Covid-19 case reported in Terengganu on Wednesday, Dr Noor Hisham said the patient was a 31-year-old man.

“We are still investigating the case. The man’s close contacts are being traced now for screening and testing, ” he said.

Most of the northern states such as Perlis, Kedah, Penang, and the east coast states of Kelantan and Terengganu have been declared green zones by the ministry after no new cases were reported for a prolonged period. 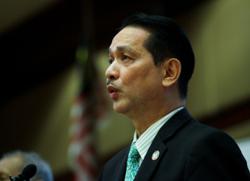