PUTRAJAYA: Tun Dr Mahathir Mohamad has hit out at the government for not allowing Parliament to convene for a longer period.

Saying that disallowing MPs from speaking in the Dewan Rakyat was against the basic principles of democracy, the former prime minister added: “We cannot accept the excuse that the meeting was restricted to two hours due to the Covid-19 pandemic. Even in Sabah, the state assembly sitting was held for three days.

“The air in KL must be filled with Covid-19 and that is why they are afraid. If we speak, then the virus may enter our mouths.

“We can call this Parliament a mute building because we are not allowed to speak as representatives of the people, and this will spell the end of democracy,” he told a press conference at the Perdana Leadership Foundation here.

Yesterday, the Dewan Rakyat convened briefly for the Yang di-Pertuan Agong’s Royal Address, before the meeting was adjourned to the next sitting in July.

It was the first meeting since the formation of the Perikatan Nasional government on March 1.

Dr Mahathir, who is Bersatu chairman and Langkawi MP, said from his observation yesterday, Parliament staff members did a great job in ensuring that Covid-19 preventive measures and social distancing rules were enforced among MPs.

“They checked our temperatures, made us wash our hands twice and sat us further from each other, at least one metre away.

“I don’t think the pandemic would be an issue if Parliament allowed us to debate until evening or night time,” he added.

On the King’s advice for politicians not to drag the country into further political turmoil, Dr Mahathir said Perikatan is “now more guilty of politicking.”

“We have listened to the King’s address and most of us agree that during this pandemic period, we must stay away from politics.

“But what we see the government doing is more politicking than governing to manage Covid-19.

“State governments have changed. Even though Bersatu is in the Federal Government, the Bersatu governments in Johor and Kedah have been changed and given to Umno and PAS. It is also messed up in Melaka,” he said.

“Is this Bersatu’s political struggle, which is to give opportunities to other parties?”

Dr Mahathir said Prime Minister Tan Sri Muhyiddin Yassin had made a statement claiming that he was not playing politics, but said the latter had campaigned to gain support for himself.

“Party members are given ministerships and other posts to reduce support for Pakatan Harapan,” he said.

Asked if he would continue with his efforts to table a no-confidence motion against the Prime Minister, Dr Mahathir said that was within the right of every MP.

“To move a vote of no confidence is the right of every MP, whether one thinks one is going to win or lose,” he said.

“But, in this case, we felt that when we expose the wrongdoings of the government, although some may say we don’t have the majority, we expect that some good sense will prevail among MPs.

“So, they will back the motion that is meant to save this country from someone who is not doing good for the country,” he added.

Dr Mahathir also said as the Bersatu supreme council had never made a decision to leave Pakatan, the party still remained a component of the coalition,

“Until a decision is made to leave by the supreme council, it is still part of Pakatan. If we want to leave, we will leave,” he said. 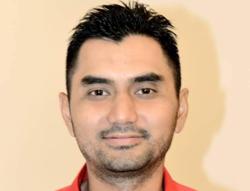