Firecrackers used to drive jumbos away

KOTA KINABALU: Wildlife rangers are using sound recordings and firecrackers to try and get a huge herd of endangered Borneo pygmy elephants off Felda settlers’ land in Lahad Datu and back into the Tabin Wildlife Reserve some 10km away.

The animals are believed to have ventured into the area about two days ago.

received a report from Felda’s management about the elephants on Thursday.

“We have a group of wildlife rangers trying to move them out of the area using, among others, scare tactics such as firing shots in the air and detonating firecrackers at permitted areas,” he said in an interview.

He said it was quite hard so far as the herd was huge and that many of the elephants might have gotten used to hearing loud shots and explosions.

The large number of animals, he added, could have been due to the merging of a few herds.

“There could be several herds that coincidentally went to the same area to search for food at the same time,” Tuuga said, adding that rangers would give better updates of the situation on the ground once they came into range of communication facilities.

“Many of the areas are out of communication range,” he said, adding that so far, there had been no reports of injuries. 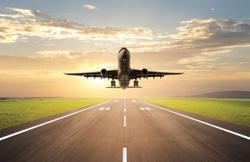