New Kedah MB to be sworn in

It is learnt that Kedah Opposition chief and Jeneri assemblyman Muhammad Sanusi Md Nor would be sworn in as the new mentri besar, taking over the hot seat from Datuk Seri Mukhriz Mahathir.

A total of 23 assemblymen had pledged their allegiance to the formation of a new government when they met Kedah Ruler Sultan Sallehuddin Ibni Almarhum Sultan Badlishah.

Sultan Sallehuddin had personally met each of the 36 elected representatives to determine who commands the confidence of the majority in the state assembly.

Parti Pribumi Bersatu Malaysia Ayer Hangat assemblyman Juhari Bulat said those who attended the meeting in the morning were those who supported Perikatan Nasional.

“Those who attended the evening session were the ones who are against Perikatan, ” he said. 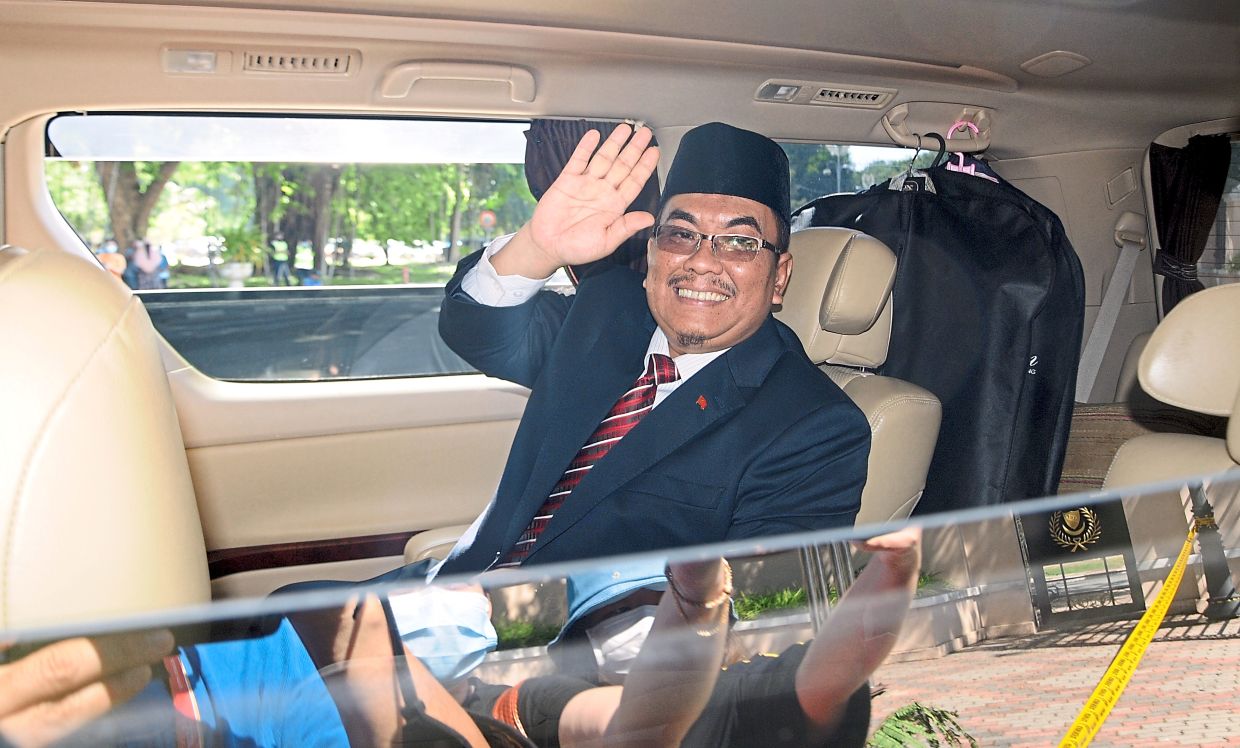 All smiles: Sanusi waving to the media outside the main entrance of Wisma Darul Aman as he leaves the complex after having an audience with Sultan Sallehuddin.

Sanusi said as far as he knew none of the 23 state assemblymen, who signed statutory declarations (SDs) to propose for a new mentri besar, had changed their minds.

“As far as I am concerned, all the PAS state assemblymen still stand by the SDs presented to the Kedah Ruler by the three party leaders of Perikatan Nasional, ” he said.

“As for the state assemblyman from Bersatu rumoured to have a change of heart, it is not true.

“From what I know, no one has retracted the SDs presented to the Sultan, ” he added yesterday.

The presidents of Umno, PAS and Bersatu met with the Kedah Ruler to present the 23 SDs from the state assemblymen on Wednesday.

The writing was on the wall for Mukhriz on Tuesday when two assemblymen from PKR – Azman Nasrudin (Lunas) and Dr Robert Ling (Sidam) – quit the party and declared their support for Perikatan under the leadership of Prime Minister Tan Sri Muhyiddin Yassin.

On the same day, Sanusi announced that 23 out of the 36 Kedah assemblymen had lost confidence in Mukhriz’s leadership.