Zulkifli under probe over allegations of flouting MCO

“We have opened a police inquiry paper to facilitate initial investigations into the case, ” he said in a statement yesterday.

A police report sighted by The Star alleges that Datuk Dr Zulkifli Mohamad al-Bakri had uploaded news about his activities on his Facebook page on May 2.

The report was lodged by a 43-year-old man at the Bandar Baru Bangi police station at around 6.10pm on May 3.

The complainant mentioned that a number of activities conducted by Zulkifli had defied the MCO.

The minister is alleged to have done so by personally sending a transfer letter to a senior officer of Malaysian Islamic Development Department (Jakim) on March 31 and taking photos with the officer.

Police looking for parents of toddler 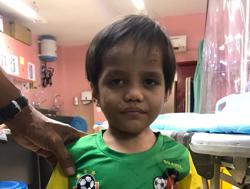