Front runners: Nurul Izzah (left) and Wong are among MPs being considered to head the Public Accounts Committee.

But with the one-day Parliament meeting on May 18, it is unlikely for this motion to be tabled that day.

A source close to the matter said Nurul Izzah, from PKR, and Wong, from DAP, are being considered for the post as the Perikatan Nasional government had given the green light for the post to be led by an Opposition MP.

“It’s likely that Wong would be the preferred choice over Nurul Izzah as he has experience as a lawyer. Also, as Datuk Seri Anwar Ibrahim will be the new Opposition chief, it is unlikely that his daughter will be appointed to head such a crucial post as well, ” the source said.

The source added that Wong would also need to make way for a new deputy PAC chairman to be appointed from among Perikatan backbenchers. Wong is currently PAC deputy chairman while Nurul Izzah is a member in the 15-member bi-partisan committee.

“The Ketua Majlis of the Dewan Rakyat, who is the Prime Minister, must move two separate motions to appoint members for the two posts when Parliament meets.

“The other committee members will be appointed by the Parliament Selection Committee chaired by the Speaker in the coming July meeting, ” the source added.

Under Standing Order 77 (1), it states that the PAC “must be appointed at the beginning of every Parliament”.

Talk of who would lead the PAC emerged after Parit Sulong MP Datuk Dr Noraini Ahmad resigned as PAC chairman on March 10 following her appointment as Higher Education Minister under the new Perikatan government.

When contacted, Noraini said her replacement would come from the Opposition as agreed to by Minister in the Prime Minister’s Department (Parliament and Law) Datuk Takiyuddin Hassan.

On May 8, Takiyuddin said that Perikatan would continue the practice of the former Pakatan Harapan administration of appointing an MP from the Opposition side to head the PAC while the deputy will be a government backbencher.

Meanwhile, Wong said he will remain as PAC deputy chairman for now and will relinquish the post when a new deputy is appointed.

“It is not only the two top posts that will be changed, but the entire composition of the PAC.

“This is because several members from Perikatan were appointed into the Executive and must resign their PAC posts, ” he said when contacted.

However, he said that appointments for the two top PAC posts is likely to be delayed and not take place during the one-day Parliament sitting on May 18.

It was learnt that Perikatan was considering Beaufort MP Datuk Azizah Mohd Dun for the PAC deputy chairman’s post.

“The chair of the PAC is an important post and should be done as soon as possible.

“However, this is not in the agenda for the May 18 sitting, ” he said.

He urged the government to reconsider its decision so that the PAC can begin work by July when the committee is appointed as a whole.

Mohammad noted the setting up of an independent and impartial PAC is crucial because it will have an influence on the Corruption Perception Index score for Malaysia. 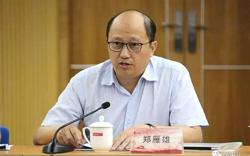